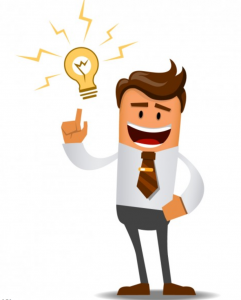 Hello. It is Tommy.
I am engaged in immovable industrial work in Japan for 26 years.
I do not know whether you are good, but want to offer interesting information about the Japanese real estate.

It is a recompense to hear a story when it cannot be understood all the time when foreign countries look for a room in Japan.

A “recompense, it cannot be understood. ”

Naturally it is a universal story not to want to pay useless money.
However, a recompense is attached as a good Japanese lease article.

However, what is it money to be used in about a recompense?
There should be a lot of people to pay it somehow as I do not understand it well.

In the first place, with the recompense, there are various opinions, but it is said that the money that I paid to the owner whom I give priority to it and lent the rented house to as thanks is the beginning of recompense even if a lot of people who lost a house to live in by collapse or the fire of the house after the Great Kanto Earthquake want to borrow a house for rent when there was not a space.
In addition, I do not control the parent of a student going to Tokyo alone to Tokyo in the times of the period of the high growth of economy, but there seems to be the opinion called the recompense which I sent with a meaning, “I would like to speak to a son” for the owners such as rooming houses.

It is the system that is very unreasonable according to a visitor. However, there are many a landlord and real estate companies which received a benefit and exists simply because there was this recompense system.

There is a pro and con about the recompense. Even if there is a recompense if the article does not have to borrow it if I think if I hate a recompense, and the landlord is confident of an article, the borrower of the room does not disappear.
As much as the area of the Tokyo’s 23 wards is a good article, a landlord is aggressive.

There is the visitor who does not watch the document of the room because a recompense is attached if I hate it, but thinks that the document should take a look as such.
The initial expense cost may rise, but if it is low rent, the total cost may rather fall down, and there may be surely rent to article bean-jam-filled wafers of the free rent even if there is a recompense. It remains to limit a way of thinking, and there is no merit.

The important thing is it is the winner if there is a merit by total by the way of thinking of the thing.