The Yamanote Line got No.1 from “The Results of the Survey of City (station) Ranking in 2019 You Want to Live in”.

↑Yamanote line map; the new station “Takanawa Gateway” is between Shinagawa and Tamachi.

Along The Yamanote Line is better for investment and it has a higher demand in the second-hand apartment, and it’s also important for the population to keep increasing.

As the population increases, the basic part of the demand of a second-hand apartment also rises up, so the advantage of The Yamanote line area is what demand is hard to decrease which means vacancy risk is low.

The new station called “Takanawa Gateway station” on The Yamanote Line, which has been in the news some times, has been officially announced. 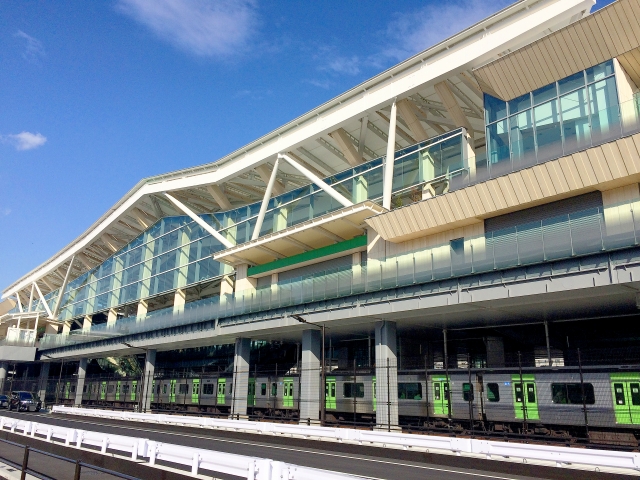 ↑Takanawa Gateway station; The image of the rooftop of this station is “Origami”

It has been 40 years since Nishi-Nippori Station was completed in 1971. There is a new station on The Yamanote Line now.

The new “Takanawa Gateway station” is located between Tamachi Station and Shinagawa Station which had the longest distance on the Yamanote Line.

By reducing and rearranging the depot, a site of approximately 13 hectares is secured. Large-scale development is proceeded around the new station to create a new city.

The area around “Takanawa Gateway station” had only Sengakuji station where The Toei and Keikyu Lines operate, and Tamachi station and Shinagawa station are a little far away.

Since the demand for investment tends to be low, there is a great expectation as an investment value for this new station development.

This means, when it comes to a real state investment, the Yamamote line area is considered a secured yield and rent income.

The biggest advantage of investment in a second-hand apartment is that the purchase price is lower and the yield is higher than that of a newly built condominium.

If it is possible to buy a low-cost property and obtain a good rent income, there is also a potential to operate a high yield.

In other words, buying a second-hand property with low cost and setting an economical rent makes a better income and higher yield than doing so with a new property.

To sum up, buying a second-hand properties brings great benefits.

Please follow us and let us help you all!

We look forward to your visit 🙂