Is Japanese real estate property value going down? When?

I am sometimes asked by our clients if real estate values going down after the Tokyo Olympics Game 2020. As well as, I hear news which mentioned the price is going down definitely after 2020 from Japanese media.I strongly believe that the cause of the issue is underlying 2019 Problems.

What is 2019 Problems? Here are my analysis to answer the question.
In 2019, Japanese real estate business will face “the turning point”. Moreover, some causes of decline the price will occur at the same time in 2019.

So, why is 2019 Problems happening? I will answer this question with three points below.

1.Peak out the total numbers of households in Japan

The move of real estate market has impacted by ‘numbers of households’.As you may know, the number in Japan will decrease with the population. This decline is related to demands of real estates. 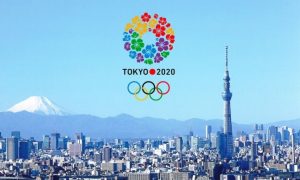 Ever after 2020 Olympic Games is hosted by Tokyo Japan in 2013, a lot of investors in the world focus on their eyes to real estate business around Tokyo, and start to purchase properties in Japan. However, according to the data of Olympic host cities in the past, the price was falling down one year before the Olympic Games. Therefore, in order to make sure their benefits, investors are selling properties before the Olympic Games. To sum up, real estate business around Tokyo is tended to sell rather than to purchase from 2019. As a result, property price is going down then.

3.Tax situation in Japan The third cause is, in a word, tax issue.

Any incomes by property purchasing, in other words capital gain, is subject to capital gain income tax. About this tax, it can be divided to two types, Short-Term Capital Gain and Long-Term Capital Gain. The two kinds differentiate the rate of taxation. Please see the next paragraph. 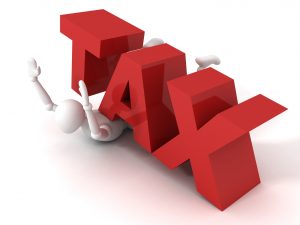 As you see, the taxation fee is hugely different.But, why is it related to 2019 Problem?

In September 2013, 2020 Tokyo Olympic Game was decided at the IOC session. From then, a lot of overseas investors began real estate business in Tokyo.

It means that Long-Term Capital Gain for the properties which are bought in September 2013 is applicable from year of 2019 as five years rules.
About capital gain income tax, the investors who live in out of Japan are applicable. (*10% of transfer value is withholding tax, and they are required to file their tax return after that.)

As I mentioned, properties price in Tokyo is at the peak. The overseas investors may consider to sell them after 2019 in order to gain as many capitals as possible with such a taxing situation in Japan.In case to purchase a property in September 2013, capital gain income tax would be half after 2019, and this relationship is hugely related to real estate market in Japan.

So, do all the investors need to think about the market carefully?
I don’t think so. It is because that I guess this action is happened only temporarily with foreign investors.

Especially around Tokyo area, according to “the Tokyo Population to 2060” by Office of the Governor for Policy Planning, one-person households will increase the number in 2035 at the peak.
Even though it is said that the number decreases slowly from then, the number will be remained flat from 2015 to 2055. In the Tokyo area, the households have no effects from the aging population problem in Japan.

Thus, even if the price of real estate in Tokyo goes down with psychological effects of 2019 Problem, it will go back soon to the original price after that.
In this situation, I would not recommend to sell, but recommend to buy.

Properties in Tokyo should be purchased. 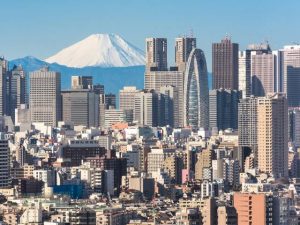 I understand that you have negative feeling about decline of real estate price, but I would say it is misunderstanding.
To be successful investors, you should consider it positively to buy properties at lower price at this time.

Households in the Tokyo area will increase the number in inverse proportion to the other areas’ decreasing.
Price fluctuation from the effect of Tokyo Olympics 2020 is temporary.

With the two reasons, I would strongly recommend you to purchase properties in the Tokyo area (as close as possible to the city).
You can gain more benefits from purchasing properties in Tokyo at lower price in 2019 Problems.